Hector Bonilla was born in New York City to immigrant parents of mixed ethnic descent. Though it was filled with both good and bad, the city's environment helped to teach him as much about community as his parents' heritage taught him about history. This influenced Hector in his pursuit of a career in education, in which he focused primarily in helping other urban people of color to continue theirs'.

Despite retiring several years ago after three decades in the system, friends and family will tell you that he has never once stopped being an educator, or a community organizer. Hector has been leading tours to his mother's home country of Puerto Rico since the 1970's, teaching lessons about the island's history as well as helping outsiders to connect with both the culture and the people. 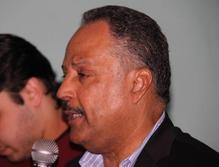